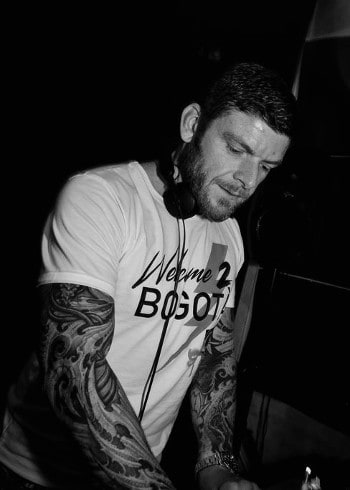 If the fact, that people call you “Limbo” is too intimate, be free to feel warmly welcomed in the private life of Techno artist Kai Limberger. As a co-founder of the labels Gymnastique and Avancee, which he founded together with two friends in 2010, the agile and humorous man is everything you need for a stunning Techno party.

Based and grown up in the beautiful city of Heidelberg, Germany, Kai encountered all kinds of german Techno scene from the very beginning. He discovered what it meant to be part of the old school Techno family when he hang out in worldwide infamous clubs like Frankfurt’s “Omen” in the days when Techno music was an all weekends feeling of a big hug on everybody.

This is the spirit you nowadays still can feel on the dancefloor when he is playing and – whether his set is straight bumping Techno or floating TechHouse on that night – he seems to hug everyone around in the location he is playing. It is an honest and romantic feeling of deep love to the deep roots of moving and behaving like you’d never do in your workday life.

Playing as a local resident hero around the delta of Heidelberg and Mannheim over a longer period, he decided to go on not just with DJing but producing tracks himself relatively late. After two times of co-founding, he self-created the label Autark Records in 2010, for whose productions you can find Kai in his home studio most of the time.